The World’s Most Bizarre Banknotes 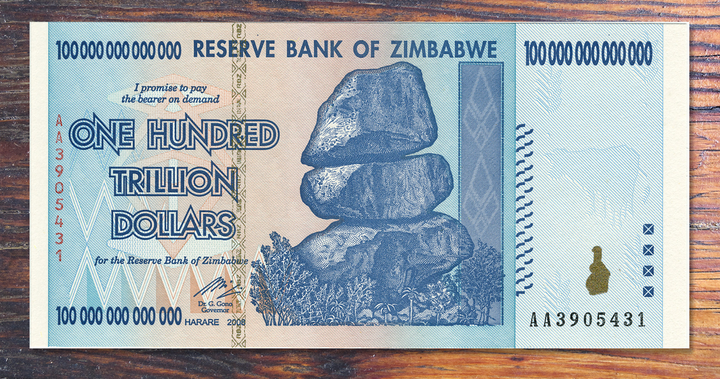 Most banknotes we use every day don’t look odd or in any way different than what you'd normally expect from a banknote: a face of someone historically significant and a national symbol or a scene.

However, there are or have been some that go way beyond usual. Check out some of the most bizarre banknotes ever issued. They might be a bit weird, but there’s always an intriguing story behind every single one!

In western cultures, it is hard to imagine that a president would commemorate his birthday by issuing a new banknote. In Asia, though, this really had happened.

Being interested in astrology and numerology, Burmese dictator Ne Win found denominations of paper money to be of great importance. One day he thought it would be cool to celebrate his birthday by issuing a new banknote. 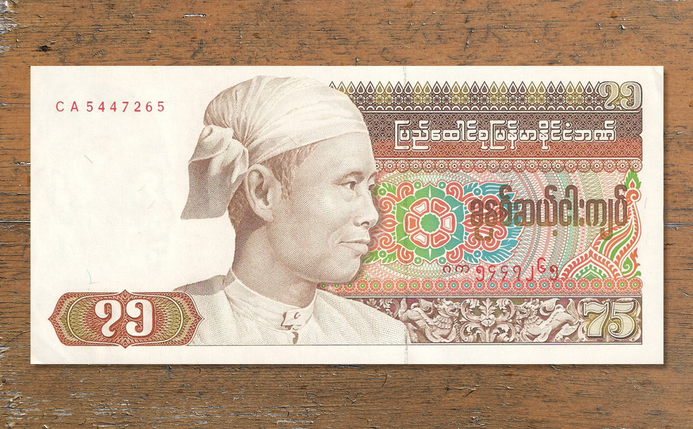 Though the portrait on the banknote is not Ne Win himself, the unusual nominal value is a symbol of his 75th birthday.

Although the 75-kyat banknote made Ne Win happy, it didn’t seem to satisfy him for long. Since his favorite number was 9, he decided to introduce two new banknotes with odd denominations 45 and 90. Both of these banknotes incorporated his favored number. 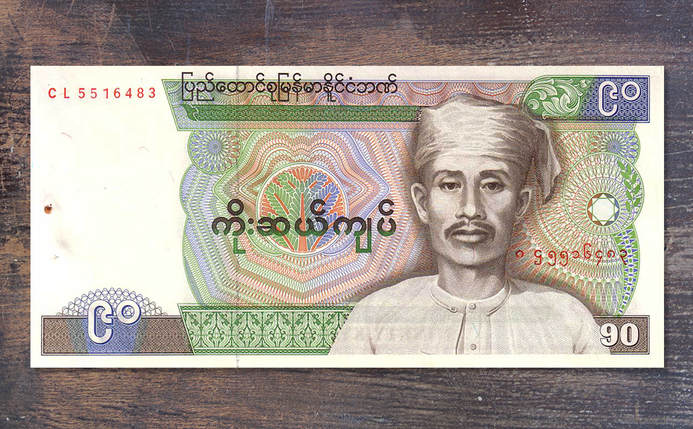 In the end, neither number 9 nor 45 and 90-kyat banknotes brought much luck to Ne Win. At the age of 90, he was put under house arrest and died two years later.

Having a lot of money doesn’t necessarily make you rich. In Zimbabwe, you could have easily come across a starving billionaire.

Due to a massive hyperinflation in 2008, the Reserve Bank of Zimbabwe issued a banknote with nominal value of one hundred trillion Dollars. Yes, that’s 14 zeros. Converted to American dollars, that's somewhere around $300 USD.

Even buying everyday things like food and drinks used to cost Zimbabweans billions of Dollars. In 2008, a single loaf of bread cost around Z$300 billion. 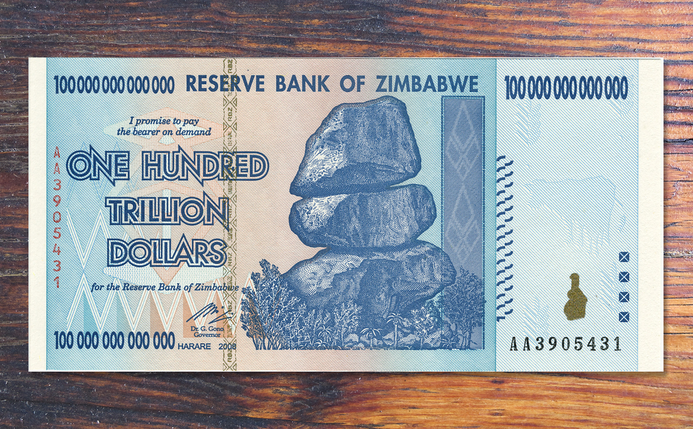 All this led to strikes and riots in the streets. Consequently, this banknote was withdrawn from circulation in 2009 and is now a popular item for collectors around the world.

This one’s a bit spooky. The 50-Pfennig banknote depicting people with skulls instead of faces as if doing some kind of mystical ritual reflected the contemporary situation in Germany.

During the World War I, Germany found itself in the midst of economic and political crisis. Due to scarcity of metal and its high cost, first paper money called notgeld or emergency money were issued. 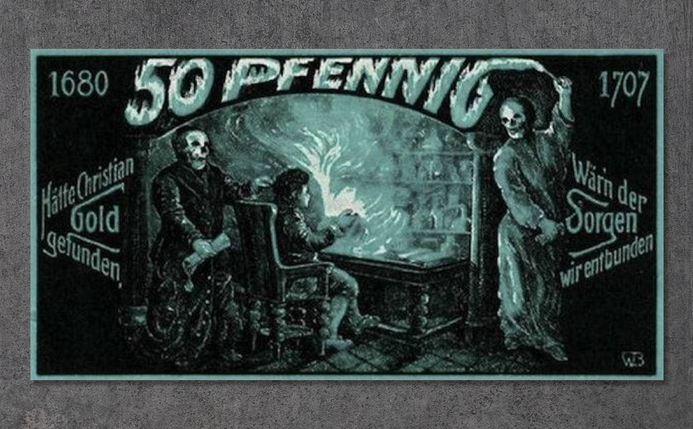 This 50-Pfennig banknote evokes the image of death, representing the toll of dead during the war. Soon after the war, 50-Pfennig banknote along with other notgeld banknotes became popular with numismatists and collectors for their unique design and historical significance.

You might have seen Albert Einstein on all sorts of items but did you know there’s a banknote with his face on it? Thanks to his Jewish origin, congenial theories and huge popularity, he almost ended up involved in politics!

If only he wanted, of course. In 1952, the Prime Minister of Israel – David Ben-Gurion asked Einstein to become the president of Israel. Though he decided not to accept the offer, Einstein felt honored and planned to pay homage to Israel in a TV appearance.

A decade after his death, Israel paid homage to him by issuing a 5-Lirot banknote with his portrait.

While most currencies go for conventional portraits or scenes, the Cook islands have naked woman riding a shark on their 3-dollar bill to honor the Polynesian culture.

The story behind this banknote is a hilarious one: According to a legend, the shark was helping the woman search for her beloved one who was lost at sea. She took along a coconut and when she got thirsty, she cracked it open and drank the milk.

Soon after, she needed to pee so she relieved herself right on the shark’s back! This really pissed him off so he threw the woman into the ocean to drown. Luckily, she was rescued by another shark, but his time, she held it in until they reached the shore. 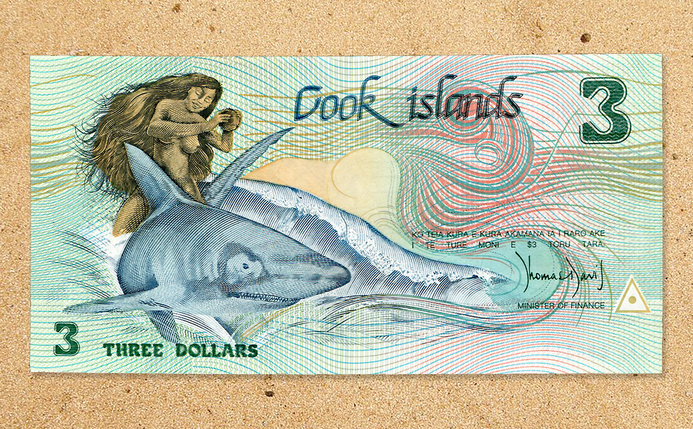 The moral of this story: Whenever you’re riding a shark, don’t pee on him.

This banknote is unique for a couple of other reasons as well. First, unlike the rest of the banknotes on this list, this one is still in circulation. However, if you want to use or exchange this banknote, you can do so only in the Cook Islands since no bank outside the islands would accept the currency.