A Brief History of Invoices 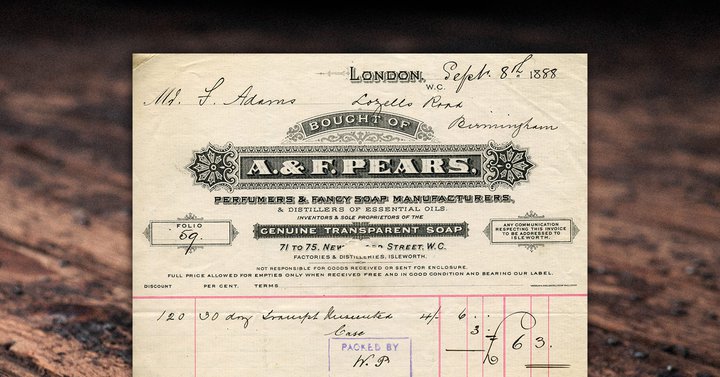 Invoices are an invaluable accounting tool for ensuring that the seller and buyer can keep track of their payments and amounts owed.

They are hardly a new invention, though—if we look back at history, it’s clear that our ancestors already knew how important they were centuries ago.

Back then, invoices were beautiful handwritten documents, but over time we have seen how they have changed to become a much simpler matter of record.

This article will explore how invoicing has evolved with time while highlighting why art and design were always a vital part of the process.

It’s hard to imagine a world without pens or paper, but our ancestors had to rely on other ways to keep records for centuries. 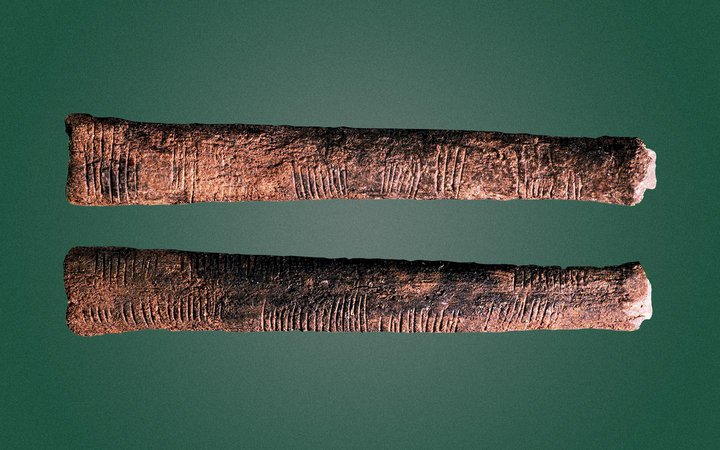 They first appeared as animal bones carved with notches—one of the earliest examples is believed to be the Ishango Bone, which was found in the Democratic Republic of Congo and thought to be around 20,000 years old.

Other archaeological discoveries have found bones with notches dating as far back as 80,000 years; however, it’s unclear whether these were used for counting or decorative purposes.

It would take several thousands of years before marks or notches on bones would develop into a form of writing.

In around 3200 BC, Sumerians—the people of southern Mesopotamia, now known as Iraq—developed a logo-syllabic script known as cuneiform.

It was a way of recording transactions using a reed stylus to make wedge-shaped indentations in damp clay tablets. Different combinations of these marks represented syllables, which could be put together to form words, according to Archaeology.org.

In fact, many experts say that a purchase receipt written using cuneiform is the oldest writing in the world.

Another form of script was developed and used by the Ancient Greeks between 1450 and 1200 BC. Known as Linear B, it consisted of around 87 syllabic signs and over 100 ideographic signs, which symbolized different objects or commodities.

Archaeologists uncovered thousands of tablets written in the language in Nestor’s Palace in the ancient Mycenaean city of Pylos in 1952—most of them were receipts, shopping lists, and invoices.

If we fast-forward to the 1500s, we’ll find claims about how the Dutch artist Hieronymus Bosch wrote the oldest invoice in modern history.

According to PDF.co, he used it to get a payment of 36 pounds from King Philip the Handsome for his 1504 painting “The Last Judgment”. Unlike the invoices we’re used to seeing today, it appeared to be more of a note with the calculations scribbled in the margin.

It was around the same time that double-entry bookkeeping emerged in Italy and what is often referenced as the first accounting text was published by Luca Pacioli. His work introduced symbols for ‘plus’ and ‘minus’ for the first time. 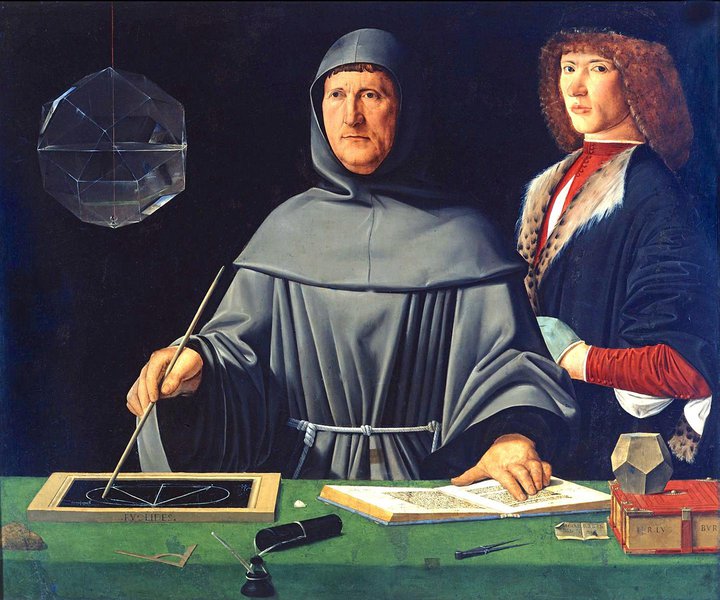 A painting of Luca Pacioli, an Italian mathematician, now remembered as the ‘Father of Accounting’

By the turn of the Industrial Revolution in the late 18th Century, more sophisticated invoices were required to deal with the scale of manufacturing, so a systematic approach more in line with the way we invoice today emerged. These included adding details of the buyer, seller, the issuing date, a list of the goods, the quantities and prices, etc.

This more automated process combined with the pervasiveness of printing machines throughout the 1800s meant that invoices soon developed into more than just a vital accounting tool. They were beginning to be seen as a golden opportunity for marketing.

Between 1910 and 1913, commercial logos became a common sight in the US and Europe, according to 99 Designs. Companies began printing their logos on the letterhead of their issuing invoices and other essential documents to make their brand more recognizable.

In the 19th century, the way invoices were done changed dramatically with the invention of bookkeeping machines. These were essentially adding machines with built-in typewriters that automatically allowed clerks to compute the sums required for invoices and receipts before typing out these forms into neat documents.

As time went on, more complex machines made it possible to calculate several columns of figures, use data from one column as input into another, produce several different forms from one machine, and even multiply, according to the National Museum of American History. 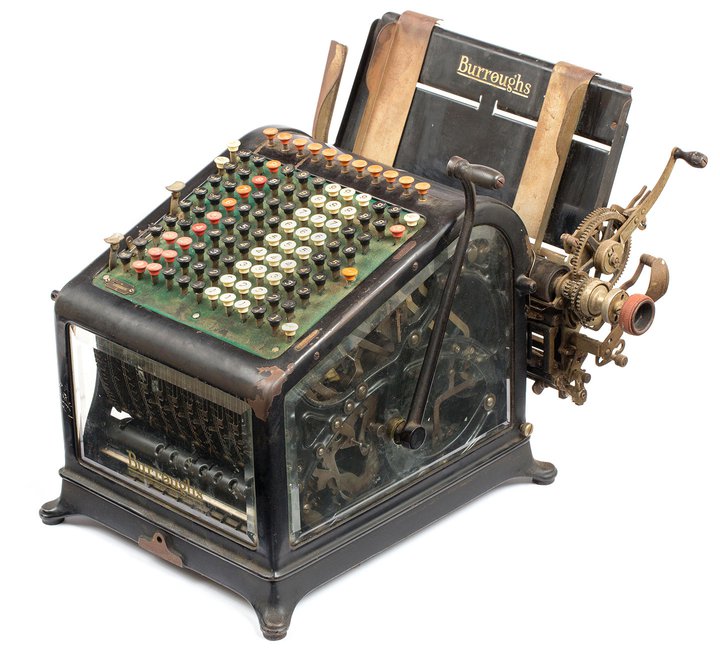 The Burroughs Adding Machine, while impressive at first glance, was expensive and challenging to get ahold of

However, bookkeeping machines, such as a Burroughs Adding Machine, were expensive and often built to order, so many small businesses found it cheaper to stick to more traditional methods—relying on humans and adding machines.

Technology would continue to advance throughout the 1900s, with various makes and models of electronic computers coming to market.

In the 1960s, the first electronic data interchange (EDI) system was developed, allowing companies and their trading partners to transfer documents such as invoices and purchases orders.

Information still had to be manually inputted before the invoices were printed and sent out by mail, but the new system reduced the time needed to type in the data and most of the paperwork.

Modern-day computers and the birth of the internet changed how many businesses operate, including how they invoice.

In the 1990s, some companies began using web applications to upload EDI files, allowing suppliers to send customers invoices for approval before formally issuing them. This software could also be used to see their entire invoicing history and search for past invoices should they need to.

In recent years, electronic invoicing (or e-invoicing) has become more desirable as consumer shopping habits have changed, prompting many businesses to move online.

The shift to digital has given rise to invoicing apps, such as Sufio, which can automatically generate invoices as soon as a customer makes a purchase online—reducing the risk of human error and making getting paid easier.

Invoices continue to evolve with technology and, while they remain important, they don’t have to be boring.

As mentioned earlier in this article, companies in the Victorian era quickly realized that invoicing could also double up as a marketing opportunity.

Although it became less prevalent in subsequent years, automated apps have meant creating invoices in line with your branding has never been easier.

With Sufio, you can create your own unique invoices by customizing colors, having fonts that match your brand, and including elements such as your logo.

Remember, consistency is key when it comes to branding. So, while it might look really cool to have an invoice reminiscent of those from the 1960s or even the 18th century, it’s probably best to steer clear if it doesn’t suit your brand.

Of course, if your company sells Victorian antiques or old-fashioned typewriters, then sure, why not go for a design that really reflects that?

If you need any expert help, you can always speak to someone from Sufio to discuss how we can bring your dream design to life.